I want to go on a fact-finding mission every month. I'll be sharing the results with you to increase your knowledge and broaden the scope of the world around you. Some of these statistics make me embarrassed to be part of the human race. Others are almost unbelievable.

So where do we spend our time? energy? money? And how we in North America fare compared to other people in the world. After this, you will know... 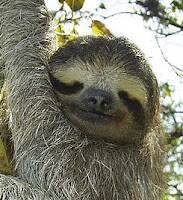 So, any interesting facts you want to share with me?
Posted by Doris Fleck at 1:52 PM