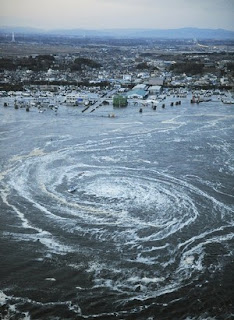 Of all the countries in the world, Japan is one of the most prepared for either an earthquake or a tsunami. But to have both come at once, with an 8.9-magnitude quake that was upgraded to 9.0, is something no country is ready for. Experts say the earthquake that hit Japan on March 11th, released 1000 times the energy of the one that leveled much of Haiti just over a year ago.


This is now the fourth largest earthquake since 1900. It had a shallow epicentre in the Pacific Ocean just off Japan's northeastern coastal city of Sendai. 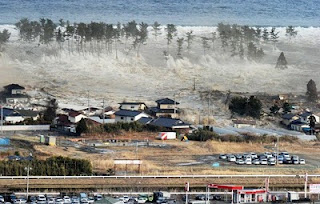 It triggered a tsunami that traveled almost as fast as a cruising Boeing 747, carrying away everything in its wake - cars, trucks, houses, large buildings and even planes - nothing was spared. 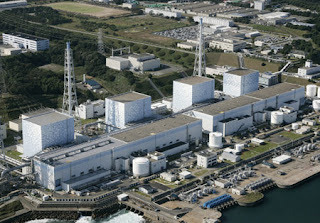 Though the loss of life and devastation is overwhelming, possibly the most frightening occurrence right now is happening at the Daiichi nuclear reactor facility.With 6 of Japan's 55 nuclear reactors forced to shut down in the wake of electrical outages, the plant located in Fukishima, close to the epicentre, has had one catastrophe after another. Everything that could go wrong, has - almost.
Not only did the tsunami knock out electricity to the plant, it also knocked out its diesel-generated backup power system. This left the facility without the energy necessary to cool the rising temperatures in the fuel rod housing.

Fukushima Daiichi has six reactors, all built in the 1970s, and three were operating when the quake and tsunami happened. The #1 unit, the oldest and smallest of the reactors, and unit #3 initially were the source of the main problems.
To shut down a reactor, safety valves are opened to release the steam and water is used to then to cool down the reactor core. The core can overheat if part of it has been exposed above the water level for some time. 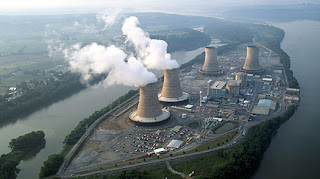 Loss of cooling water resulted in a near meltdown of the Three Mile Island reactor in Pennsylvania in 1979, the worst nuclear incident in U.S. history even though minimal radiation leaked into the atmosphere. Scientists have said that even if the Japanese nuclear plant goes into full meltdown, it is unlikely to cause environmental fallout on the scale seen after the 1986 Chernobyl disaster in the Ukraine. Damage to this nuclear reactor in Japan has happened just weeks before the 25th anniversary of Chernobyl.

Japanese engineers are taking these problems very seriously. At the first sign of trouble, people living close to the reactor were asked to evacuate. When all attempts to stabilize reactor #1 failed, workers vented some radioactive gas. 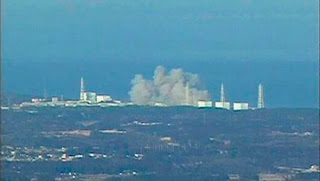 But leaking hydrogen caused an explosion that blew the roof and walls off of a secondary containment structure in the reactor facility, releasing a plume of smoke that could be seen by television. Four engineers were injured in this explosion and radiation levels outside the reactor rose to 1,015 microsievert, or the equivalent of being exposed to the maximum allowable level of radiation for a full year in a single day. Three days later another hydrogen explosion rocked the same facility, this time blowing out the roof of reactor #3. While more radioactive gas was released, levels are still not lethal. 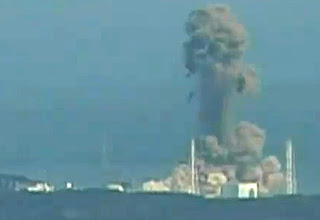 The evacuation zone has been growing larger every day, now encompassing a 20-mile radius with over 200,000 people asked to evacuate. Remember, these are people who are in a disaster zone, trying to cope with the aftermath of this massive earthquake and ensuing tsunami.
Officials then took the unprecedented measure of flooding the reactor with salt water to cool the core down. This is akin to the Japanese waving a white flag. By using salt water, the reactor will never be operational again. That alone is a $1 billion loss.
If this doesn't work, the reactor’s fuel rods will reach such a high temperature that they would burn through the reactor walls — melting them down — and release potentially deadly radiation into the atmosphere. But a third reactor lost its emergency cooling system and Japanese officials said the fuel rods were exposed to air in all three reactors, causing a partial meltdown. They asked nuclear experts from the United States for help.


Ten days after the reactors failed, trace elements of radioactive iodine have been found in milk and spinach, near the nuclear facility and detectable levels of radiation are in the drinking water. These are just trace amounts and the Japanese government has indicated it will stop shipping these products. The radiation in their tap water is deemed insignificant.


It's important to remember that even if one of the reactors has a core meltdown, very little radiation may be released, like Three Mile Island. The worst possible scenario is if the radiation cannot be contained. Then massive amounts could be airborn to go wherever the wind currents flow. 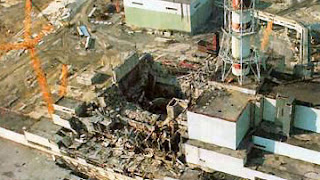 Experts have upgraded this to the second-largest nuclear disaster in history. But we need to remember that both Chernobyl and Three Mile Island were caused in part by human negligence  - Chernobyl being an example of human stupidity on a massive scale.
When technicians at the Chernobyl, Ukraine reactor attempted run a systems test, they shut down the reactor's emergency water-cooling system, while allowing the reactor to run at very low power. A sudden power surge started a chain reaction in the core that went out of control. Several explosions and a large fireball blew off the heavy steel and concrete lid of the reactor. This released large amounts of radioactive materials into the atmosphere where it was carried over Ukraine, Belarus, and Russia with traces found as far away as Italy and France.

Two people died immediately from the explosion and 29 from radiation. 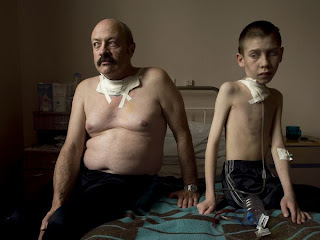 About 200 others became seriously ill from the radiation; some of them later died. It was estimated that eight years after the  accident 8,000 people had died from diseases due to radiation (about 7,000 of them from the Chernobyl cleanup crew). Doctors estimate that 10,000 others will die from cancer.

The radioactive energy released at Chernobyl was two times bigger than that created by the bombs dropped on Hiroshima and Nagasaki during World War II. 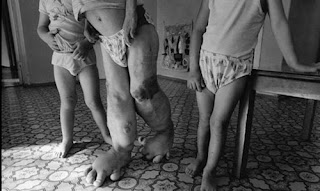 Images of children born with deformed limbs still haunt us in the aftermath of the 1986 Chernobyl disaster. 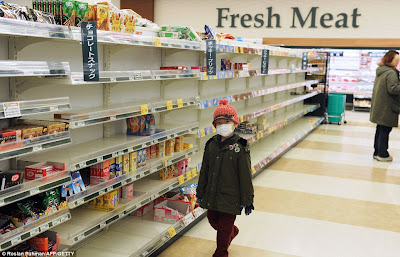 Let's hope and pray that a similar situation does not occur in Japan.
Posted by Doris Fleck at 9:20 PM