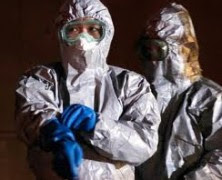 They are the last line of defense for a country fearful of imminent nuclear catastrophe. With nerves of steel they've gone into battle, crawling on their hands and knees through dark mazes, with flashlights and radiation detectors. They are wearing "hazmat" protection suits with heavy oxygen tanks on their backs. They are exhausted but have fought fires and poured sea water on partially destroyed reactors.


They are the Fukushima 50! 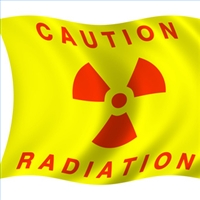 Once a worker is exposed to 1000 millisieverts of radiation, nausea and vomiting occur - the first signs of radiation poisoning. The Fukushima 50 could be exposed to radiation levels eight times that amount. That's more than a skilled nuclear facility worker in the USA would face in a career.


As the Japanese Times and other newspapers around the world have been focusing on the stricken nuclear plant in Fukushima - almost to the exclusion of mounting concerns for the thousands who are missing, dead, or without basic supplies - one woman decided to set the record straight. 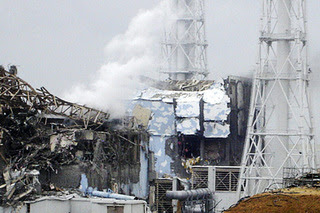 As Japanese countrymen focused their rage on the owners of the nuclear facility, TEPCO, for not doing more to prevent this crisis, Michiko Otsuki and her colleagues worked all-out to control the disaster at Japan’s Fukushima Daiichi nuclear plant. In the midst of the post-earthquake chaos, she watched her co-workers quietly put their lives on the line, doing all they could to stave off a meltdown with little thought for their own safety.
In a series of blog posts, translated by The Straits Times, Otsuki writes, “In the midst of the tsunami alarm, at 3 a.m. in the night when we couldn't even see where we were going, we carried on working to restore the reactors from where we were, right by the sea, with the realization that this could be certain death.”

The extent of the destruction was worse than anyone had anticipated, and at its most dangerous for the employees who stayed on the job. 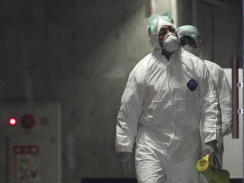 “The machine that cools the reactor is just by the ocean,” Otsuki writes, “and it was wrecked by the tsunami. Everyone worked desperately to try and restore it. Fighting fatigue and empty stomachs, we dragged ourselves back to work. There are many who haven’t got in touch with their family members, but are facing the present situation and working hard.”
And on Twitter, NamicoAoto talked about her father’s heroic call to duty. “Tomorrow, my father will be dispatched to the Fukushima nuclear power plant to help out with the crisis,” she wrote two days after the quake. “When I heard that my father, who is scheduled to retire in six months, had volunteered to help, I could barely hold back my tears. ‘If we act now,’ he said, ‘we can change the future of the nuclear power plant. I will go there with this mission.’...I have never felt so proud of him.”
Reports from the plant, according to a statement from the International Atomic Energy Agency, indicate that 21 people have been injured, 20 have been exposed to excessive radiation and two are missing. Most of the plant’s 1,800 employees have been evacuated, except for the skeleton crew of unsung hero's that remains.
Though they are now described in Japanese media, with growing admiration, as the Fukushima 50, there is a skeleton crew of close to 200 that work in rotating shifts of 50 to try and keep the reactors from total radioactive destruction. These modern-day hero's are working in radiation levels that have been high enough to drive off outside emergency crews. The Fukushima 50 try to limit their exposure and have to carry out their work in clammy, airtight suits, slowing down their repairs and adding to their fatigue even as the situation at the nuclear plant worsens.
“Everyone at the power plant is battling on, without running away,” Otsuki writes. “To all the residents who have been alarmed and worried, I am truly deeply sorry...There are people working to protect all of you, even in exchange for their own lives.” 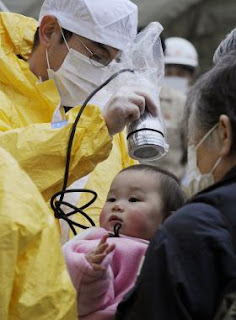 Low levels of radiation have been detected well beyond Tokyo, which is 140 miles (220 kilometers) south of the plant, but hazardous levels have been limited to the plant itself. With the Japanese and US nuclear experts saying it could take weeks to get the reactors under control, will the Fukushima 50 be given any relief?
An admirer of this crew tweeted, "Whatever's the closest international equivalent to the Medal of Honor - Nobel Peace Prize? -- The Fukushima 50 deserve that, and more."
What do you think they deserve?
Posted by Doris Fleck at 9:43 PM