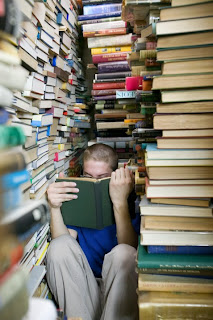 Some are just one sentence. Others take over a page. They can be provocative, compelling or a stumbling block. They're supposed to set the tone for the rest of the story. First paragraphs should flow freely and immediately connect the reader to the book. But captivating first paragraphs are tough to write.

In a recent series of blogs, Nathan Bransford, a former literary agent, held The 4th Sort-of-Annual Stupendously Ultimate First Paragraph Challenge. He received over 1500 entries. Of these, six were chosen, and the writers were able to submit portions of their manuscripts to a well-known agent. High stakes for unknown writers!
Reading through these paragraphs made me dig through my favorite books and look at how they started. So, which of these books can you name by their first paragraph alone?

1. It was a dark and stormy night.

I kid you not! This isn't Snoopy typing away here. Someone actually used that line and this book became an award-winner (and rightfully so, after it was rejected over 50 times). It was required reading for Grade Six students in the Fraser Valley for decades, and maybe still is. Just to be 'nice' (which is a word that totally describes my personality), I will give you the second paragraph.

1. In her attic bedroom Margaret Murry, wrapped in an old patchwork quilt, sat on the foot of her bed and watched the trees tossing in the frenzied lashing of the wind. Behind the trees clouds scudded frantically across the sky. Every few moments the moon ripped through them, creating wraith-like shadows that raced along the ground.

I was always a pyromaniac and loved playing with matches, but I had nothing on the main character of this classic novel. 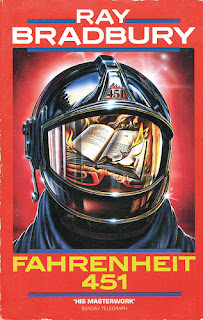 2. It was a pleasure to burn.
It was a special pleasure to see things eaten, to see things blackened and changed. With the brass nozzle in his fists, with this giant python spitting its venomous kerosene upon the world, the blood pounded in his head, and his hands were the hands of some amazing conductor playing all the symphonies of blazing and burning to bring down the tatters and charcoal ruins of history. With his symbolic helmet numbered 451 on his stolid head, and his eyes all orange flame with the thought of what came next, he flicked the igniter and the house jumped up in a gorging fire that burned the evening sky red and yellow and black. He strode in a swarm of fireflies. He wanted above all, like the old joke, to shove a marshmallow on a stick in the furnace, while the flapping pigeon-winged books died on the porch and the lawn of the house. While the books went up in sparkling whirls and blew away on a wind dark with burning.

I'm Canadian and love home-grown literature. This was my favorite novel from my first year at university. 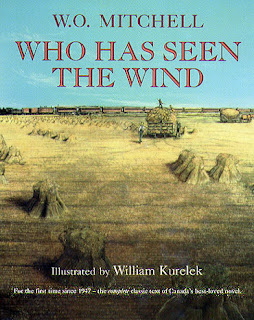 3. Here was the least common denominator of nature, the skeleton requirements simply, of land and sky - Saskatchewan prairie. It lay wide around the town, stretching tan to the far line of the sky, shimmering under the June sun and waiting for the unfailing visitation of wind, gentle at first, barely stroking the long grasses and giving them life; later, a long hot gusting that would lift the black topsoil and pile it in barrow pits along the roads, or in deep banks against the fences.

This is a novel I only discovered recently. I have since read it again and find it haunting in a beautiful way. The opening paragraph gives it away... 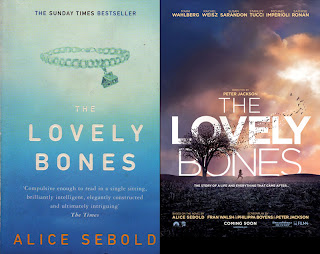 4. My name is Salmon, like the fish; first name, Susie. I was fourteen when I was murdered on December 6, 1973. In newspaper photos of missing girls from the seventies, most looked like me: white girls with mousy brown hair. This was before kids of all races and genders started appearing on milk cartons or in the daily mail. It was back when people believed things like that didn't happen.


I'm still astounded that this classic was written 10 years before I was born. 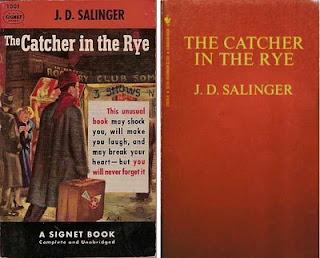 5. If you really want to hear about it, the first thing you'll probably want to know is where I was born, and what my lousy childhood was like, and how my parents were occupied and all before they had me, and all that David Copperfield kind of crap, but I don't feel like going into it if you want to know the truth. In the first place, that stuff bores me, and in the second place, my parents would have about two hemorrhages apiece if I told you anything pretty personal about them. They're quite touchy about anything like that, especially my father. They're nice and all - I'm not saying that - but they're also touchy as hell...

It's amazing how even the first sentence of some classics, prepare you for what lies ahead... 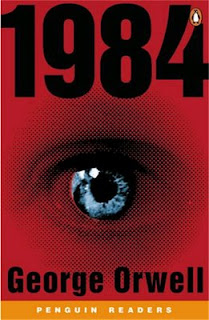 6. It was a bright cold day in April, and the clocks were striking thirteen. 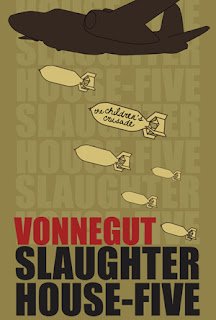 In this novel about predestination and fatalism, my favorite line is "Listen, Billy Pilgrim has come unstuck in time."

7. All this happened, more or less. The war parts anyway, are pretty much true. One guy I knew really was shot in Dresden for taking a teapot that wasn't his. Another guy I knew really did threaten to have his personal enemies killed by hired gunmen after the war. And so on. I've changed all the names. 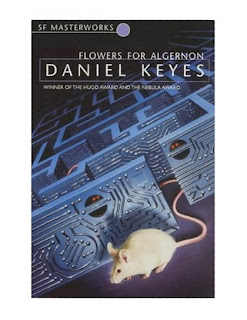 And now for somthing complitly difernt:
Dr Strauss says I shoud rite down what I think and remembir and evrey thing that happins to me from now on. I dont no why but he says its importint so they will see if they can use me. I hope they use me becaus Miss Kinnian says mabye they can make me smart. I want to be smart. My name is Charlie Gordon I werk in Donners bakery where Mr Donner gives me 11 dollers a week and bred or cake if I want. I am 32 yeres old and next munth is my brithday. I tolld dr Strauss and perfesser Nemur I cant rite good but he says it dont matter he says I shud  rite just like I talk and like I rite compushishens in Miss Kinnians class at the beekmin collidge center for retarted adults where I go to lern 3 times a week on my time off. Dr Strauss says to rite a lot evrything I think and evrything that happins to me but I cant think anymor because I have nothing to rite so I wll close for today...yrs truly Charlie Gordon.
Posted by Doris Fleck at 4:26 PM

Email ThisBlogThis!Share to TwitterShare to FacebookShare to Pinterest
Labels: 1984, A Wrinkle in Time, Catcher in the Rye, classic novels, first paragraphs, Flowers For Algernon, Slaughterhouse-Five, Who Has Seen the Wind