Behind the Writer's Words - an Interview with Todd Diakow

When Tyndale Publishers showed interest in the first four chapters of Nicole Baart's novel, she turned to Todd Diakow, a former colleague, to help critique her work.

Todd says, "It’s a great honor for me. I feel incredibly privileged to be able to be trusted by someone to give them my thoughts and impressions on their very first words."
Todd & Nicole met when both of them were teaching senior high Language Arts at the same school in Abbotsford. They became writing partners - challenging each others literary skills. When Nicole moved to Iowa and was given the opportunity to pursue publication with Tyndale, she turned to Todd for critique comments.
This was the beginning of a unique collaboration that has spanned six novels and a roller coaster ride of hashing out plot progression, character development, and writing style. 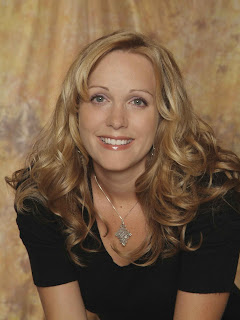 Nicole says, "I would be hopelessly lost without Todd! He is my sounding board and confidante, and the only person who can tell me the unvarnished truth and not break my heart in the process. I’m secure in the knowledge that he genuinely loves my writing and that he wants to help me be a better writer. I value his opinion above all others.


As for expectations, I only have one: I expect him to tell me the truth. Beyond that, I just hope that he wants to continue being my first draft editor and critique partner! And that he tempers his truth telling with the occasional ego boost. Everyone needs to hear what they’ve done well from time to time."
Todd agrees, "I’m always conscious to be completely open and honest with Nicole. As a writer you’re pouring your heart and soul into a piece of work and it really becomes an extension of you. It’s hard to hear criticism and yet, that’s the most effective thing you can hear. 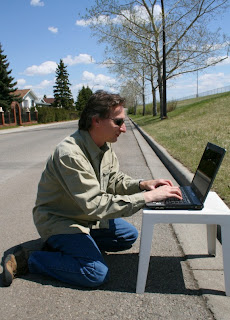 My role is to give her a first response in relation to plot development, character development and story consistency. I don’t have to spend time with the grammatical sentence structure. Nicole is an incredibly gifted writer. It’s never those kind of things I have to concentrate on. I get to focus on the content, the literary elements, and the effectiveness of the story as it’s unfolding.
Because we work together during the first draft, chapter by chapter, for Nicole to open herself up to critique and criticism while the writing process is under way, is a testament to her as a writer. It’s a very vulnerable thing but extremely necessary. It makes you question, in a positive way, what you’re doing and why you’re doing it. It also builds confidence in what you’re doing.
Doris: What do you enjoy most about first draft editing?
Todd: It's an opportunity to see a work in progress, and be able to discuss literature with an author at a time when the creative juices are flowing and decisions are being made as to what the final page will look like.
Doris: This is a tough process because you are making comments chapter by chapter without seeing the end. What are the pros and cons of this?
Todd: I think one of the pros for Nicole is that she gets to keep me in the dark so I’m reading the novel as if I were a first reader. In most cases I don’t even know how the novel is going to unfold until I see it. The challenge is that because it takes about 4 -6 months for her to write a novel, I might have forgotten something that happened earlier or she may have changed part of her earlier draft that I wouldn’t be aware of. So it makes for some interesting conversations.
Doris: Do you withhold comments until you’ve read the whole book?
Todd: I let it all hang out. We’ve got such a trusting relationship at this point that if there’s something I’ve responded to that she doesn’t like, she can take it or leave it. We don’t have to dance around each other about what’s to come. I speak to it as I see it, and sometimes that influences where she’s going to go and sometimes that doesn’t. Ultimately Nicole makes the decisions, and I always trust her decisions. 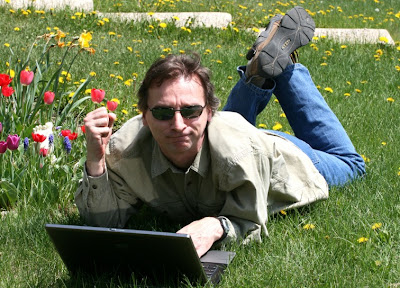 Over the years we’ve become more and more comfortable with each other. Because I’m a writer myself I know that the ego can be easily wounded. With Nicole's first novels I might have been a bit more cautious about how I said things. Now, I’m very forthright. When I really believe something, I fight for it. What’s really interesting is when we have a full blown discussion about what her intention is and what my perception is. Getting her to defend her own choices also strengthens her own position and her own decisions in how the story develops and how character is revealed.
Doris: Define what you do as first draft editor.
Todd: My purpose is to comment on whether or not there is fluidity to the writing, consistency to the writing, and an authentic tone. I comment on the plausibility, the believeability of the characters and the stories.
Doris: Can you be objective in your observations of plot, character and overall theme if you get caught up in the story itself?
Todd: When that happens that’s always the best part because it’s a clear indication that Nicole’s being effective. One of the things I’ll comment on is when it’s not working for me…when the flow is not there. Every writer wants to create a scenario in which the reader is completely engrossed in the story and becomes a part of the story. Nicole has the ability to create that experience for the reader.
Doris: What are Nicole’s strengths as a writer? Have you seen her mature in the time you’ve been working together?
Todd: One of her early reviewers referred to her work as poetry and prose. I think that’s one of her greatest strengths. She’s able to make language come alive. It’s difficult to carry a story for 250 pages let alone a character that is vibrant and alive throughout a trilogy. I’ve seen that develop in her. The aspect of writing that I’ve seen her hone more than anything else, is its literary quality. She’s moving from escapist fiction towards interpretive fiction.


Doris: Can you explain that distinction? 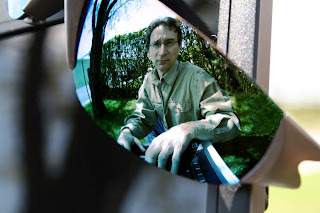 Todd: Escapist fiction is a story purely for entertainment value. When you get into interpretive fiction, there’s something more to the story than just what’s on the surface. There’s a development of technique and symbolism. There might be multiple layers to a plot and conflict as well as characters.
The Moment Between is an example of that. In this novel, Nicole utilized point of view to develop a complexity of story that went beyond the basic plot.
Doris: What unique qualities does Nicole have as a writer?
Todd: I think particularly within Christian fiction, she’s able to bridge a gap between her Christian audience and her secular audience. She writes in a way that will attract a wide reader base for a multiplicity of reasons. Her characters have real life struggles and real life challenges. And they’re presented in a way that is not trite. She makes people feel that they can relate her characters and trust that her characters won’t do something unrealistic. They could walk off the page into your life and you would feel like you know them. 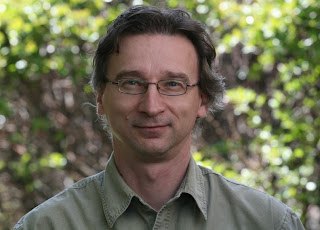 To do that in a way that presents values and morals and beliefs is a great challenge and I think that she is able to do that extremely effectively. I think that that is a unique quality and it takes a great deal of skill and ability to be able to bridge that gap.


Within the Christian readers community, it’s not very common to have someone as young as Nicole is, to be as successful and prolific as she is. She's balancing family and career and faith - it blows my mind with how much she is able to do in a given time frame. Her discipline is unbelievable.
Doris: Any weaknesses in her writing?
Todd: It’s easy for any writer to sometimes become so captivated by the character’s and stories that they loose touch with whether or not it’s real. Nicole has become far more confident with her characters and her stories, truly trusting her own insights and intuitions.
You have to understand, I’ve seen three other novels that have nothing to do with the Julia trilogy. And I've seen Nicole’s ability to diversify her characters and ability to capture people in so many different ways. There’s much more to come.
Doris: What do you see for Nicole's future as she moves to a new publishing house?
Todd: Simon & Schuster will expand her reader base. I think that’s great because it will push Nicole to continue developing some of the more literary and artistic skills that she’s incorporated in the last three or four novels. I’m excited that there will be more people who will be exposed to an outstanding writer.
Doris: Do you foresee any problems with your collaborative relationship? 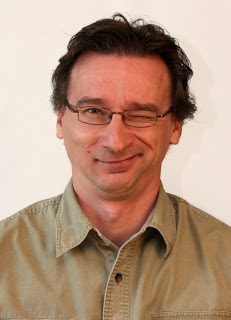 Todd: The worst thing that could happen is that Nicole will actually start listening to me.


Are any of you still listening to Todd?


Do you think critique partners are important?


What is the most helpful advice you have been given about your writing?

To read more about Nicole Baart's books or check out her blog go to www.nicolebaart.com.
Posted by Doris Fleck at 5:38 PM