Why Married Sex is the Best Sex! 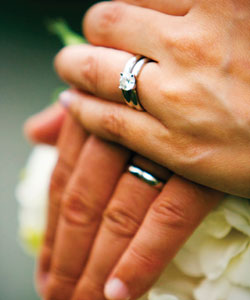 Do you want to live a long life? Would you like to beat the odds against colds, the flu and even more deadly diseases like cancer? Do you want financial stability? The magic answer is to get married. Happily married, that is.

There have been hundreds of studies that have shown married couples live longer. Married men especially! So guys, even though the single life offered you more freedom, it could kill you 10 years earlier. Single men have mortality rates that are 250% higher than married men. But married women don't fare quite as well - their mortality rates are only 50% lower than single women. Hmmm, must be all that stress from cleaning up after their spouse...

Single people also spend longer in the hospital and have a greater chance of dying after surgery. It seems obvious that if you're married (happily married - where neither spouse is plotting against the other) you can take care of each other, but there are intangible reasons for these statistics too that also apply to sex.

Just take a look at all the benefits of sex - if you're married, that is!

You would think that two people who are living together would have all these benefits too, but that's just not the case. Research shows that cohabiting couples are less likely to be sexually faithful. So their rates of STD's and other diseases skyrockets. And because they know their relationship could end at any time, they tend to 'not speak out' about unhealthy behaviors like a spouse would (read: 'nag' here). They also don't have the same level of trust with each other that committed married people do.
Apparently married people have sex more frequently too (40% partake in this recreational activity twice a week compared to 20-25% of singles). And they reportedly enjoy it more than singles as well.
So why not just do it? Go get married! It seems like marriage is THE best choice for health and happiness, but these statistics only tell one side of the story. Data in Canada, based on the 2006 census, show that about 4 out of 10 first marriages end in divorce. This rate is much higher for second and third marriages. The USA has the highest divorce rate in the world, with close to 50% of all first marriages failing.
So which people are most likely to divorce? Children of divorced parents have a 4x greater chance of divorcing than those from intact families. Divorce rates are also 50% higher for people who live together before marrying. 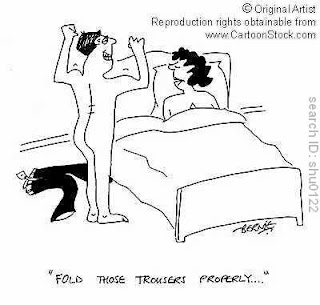 Obviously marriage isn't the fairytale romance most young girls dream about. So many people think that when you're in love, you're always going to be in love and nothing will change that...right? Well girls, how about when your hubby misses the laundry basket, and his used underwear lies in a heap on the floor? At first you might forgive him for not making the basketball team, but what do you do when he misses the basket for the 100th time? The 1000th? It's great that he loves to cook but isn't it incredible that he uses every pot and dish in the house? And he doesn't like washing dishes!! What about when he complains that you have put the toilet paper on the WRONG way again (even though in your family you did it the RIGHT way)? Where's your promise to love, honor and cherish until death do us part now? I know, you're plotting his demise...

And guys, why do you complain about the virtual tropical paradise in your house when your wife cranks the thermostat as high as it will go? Don't you miss Hawaii? And so what if the toothpaste tube is squeezed from the middle out. By the way, you and your wife DO kiss, so why do you rant when she uses your toothbrush? And then there's her creative architectural feats, as the dishes are piled to new heights in the drying rack. Isn't this something to be admired and extolled?
It's the little things that can easily get to you. Not the first day or the first year or even the first decade. But they can drive you batty - if you let them. Then there are often deeper issues that arise. Marriage can be frustrating and this can all too easily foul things up in the bedroom. 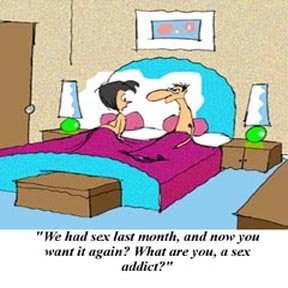 Dealing with these issues is not a simple task. Many people carry a lot of baggage into a marriage so there are no easy answers, but for me, one of the most important things was having realistic expectations of what living day-by-day with another person really looked like.
I lived with two married couples before I tied the knot and that was an eye-opener. Not that these marriages were really bad, it just made me recognize a number of things I did NOT want to do when I married.
When Peter and I became engaged, I went to my pastor for some premarital materials. He was in the middle of a really difficult marriage and openly shared many of the problems he was experiencing. His most valuable advice added several points to my list of "DON'TS." The two most important were: 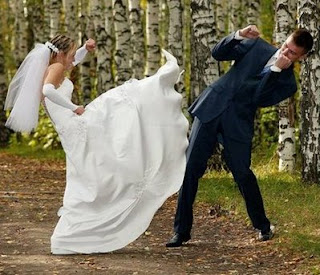 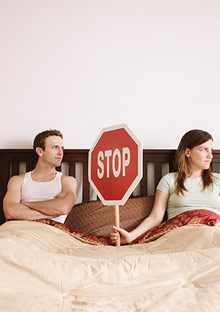 Before Peter and I married, we made a choice to NOT harm each other by spoken words or our actions. I vowed to never try to manipulate my mate by withholding sex from him. Making these decisions ahead of time, and sticking to them in tough times, has made all the difference.

What decisions have you made that have helped you in your marriage? Any that hindered you? If you're not married, what do you expect of your future spouse?
I'll be back on Saturday with: It's The End Of The World As We Know It (and i feel fine)! Hope you're feeling fine too!
Posted by Doris Fleck at 2:52 PM