...and I feel fine!
If you like REM, listen to Michael Stipe's rant in this classic song here. 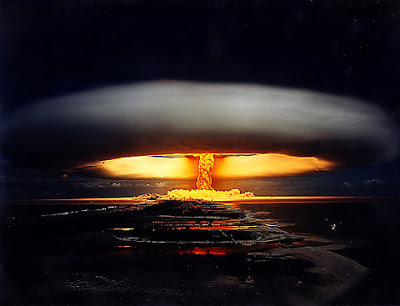 "Don't worry about the world coming to an end today. It's already tomorrow in Australia." ~ Charles Schultz.

"If the world comes to an end, I want to be in Cincinnati. Everything comes there ten years later." ~ Mark Twain. 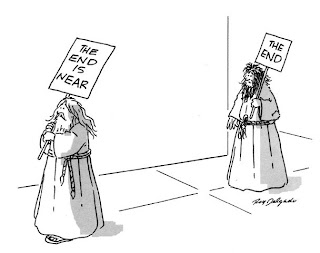 It's after 6 pm on May 21, 2011 in Australia and, more importantly, in Jerusalem. By now the world will realize Harold Camping was wrong. The only people who will be totally surprised by this, will be his devoted followers. It's sad, really, that people can be so easily misled. The 89-year-old leader of the Christian Family Radio Network from Oakland California has predicted the return of Christ in 1994 as well. And, uh, obviously it didn't happen then either...

People have been predicting the return of Christ for 2000 years, ever since Jesus himself told his disciples (and all those who believed in him) He would come back.

In Matthew 24:36 Jesus talks about His own return and says, "No one knows about that day or hour, not even the angles in heaven, nor the Son, but only the Father." And again in Luke 12:40, Jesus tells his disciples, "You must be ready because the Son of Man will come at an hour when you do not expect him."

So according to the Bible, Camping could never be right. As a self-professed Bible-believing Christian, you'd think Camping would know better, but each religion has its lunatic fringe. Unfortunately for Christianity, these fools gain massive publicity and the world begins to equate them with true Christianity, when nothing could be farther from the truth. 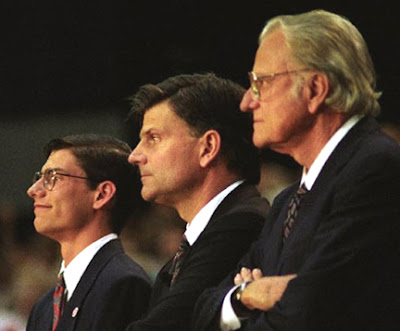 In 1994, when Camping first predicted the return of Christ sometime between September 5-27, at least then he said he didn't know the exact date, but he has become less Bible-literate since.

Surprisingly, his loyal followers have continued to grow. With 66 radio stations in the USA alone and assets totaling about $160 million, these deep pockets have allowed him to place over 2000 billboards with slogans proclaiming, "Blow the Trumpet! Warn the people!" 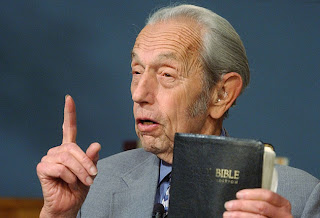 Camping said when he made his previous prediction in 1994, "there was a lot of the Bible I had not really researched very carefully." But now, with many years of added study, Camping claims to have developed a system of mathematics that can be used to interpret Bible prophecies.

He proclaimed the return of Christ on May 21 because that will be 722,500 days from April 1 (AD33), which he believes was the day of the Crucifixion. The figure of 722,500 is important because it comes from the multiplication of three holy numbers (five, 10 and 17) together twice.

"When I found this out, I tell you, it blew my mind," Camping said.
Hmmm, I'm sure it did!

Mr Camping's argument has convinced Adam Larsen, 32, from Kansas, as well as scores of "ambassadors" to quit their jobs and drive around America in Family Radio vehicles warning of the impending apocalypse. "My favorite pastime is raccoon hunting," Mr Larsen told CNN. "I've had to give that up. But this task is far more important." 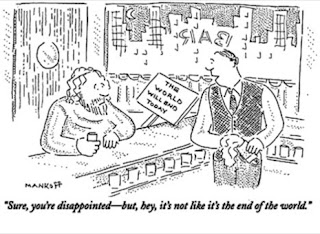 I hope Mr. Larsen can get back to 'coon hunting soon and that Camping will help him find new work or pay him for his troubles.
Many followers of Christ, who witnessed His death and saw Him after the Resurrection, believed He would come back to earth again before they died. Christians (and people from other religions) have been predicting the day Christ will return to gather up His followers (The Rapture) or the end of the world (Armageddon) ever since. Here are a few of the highlights: 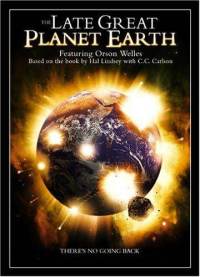 Looking ahead, Harold Camping has already said that after the Rapture occurs on May 21, 2011, God will destroy the world four months later on October 21.

If this doesn't happen, 2012 has garnered hundreds of end times prophecy predictions. Not only does the Mayan Calendar come to an end in December 2012, but the winter solstice sun will appear to rise into a patch of sky known as the galactic center - the location of a super-massive black hole at the center of rotation for the Milky Way galaxy. Various people have predicted that this will cause a reversal in the sun's magnetic field inducing a reversal in the earth's magnetic field. This would result in wildly fluctuating temperatures and massive earthquakes. Other's have predicted a comet would crash into the earth.
It's hard to know if these people really believe their predictions or if it's merely fear mongering. Whatever comes to pass, one thing we do know to be 100% true, is that the end is nigh for each of us. Death is a greater certainty than taxes. All of us are destined to leave this mortal coil at some point. Are we ready for the end of our own life? The question really should be, as Will Graham said, where do we stand with God? 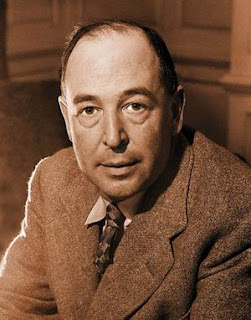 "Christianity, if false, is of no importance, and if true, of infinite importance. The only thing it cannot be is moderately important." ~ C.S. Lewis
Posted by Doris Fleck at 2:40 PM