I have been seriously stressed this week. With a number of friends going through personal crisis, others dealing with health issues and then my aging dog to take care of, there were times I wished I coped better. 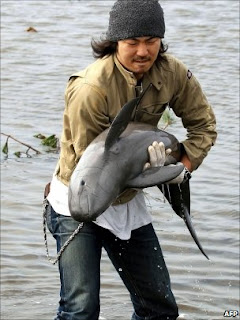 Then I looked at Japan again - the small miracles that have occurred and solidarity that has been expressed by the global community. If they can cope with this massive disaster and nuclear uncertainty, then I can cope with my small world of disorder...


So here's an update on Japan.


In the three weeks since the 9.0 earthquake and massive tsunami hit Japan, the life and death struggles these polite, industrious people still face have largely been marginalized by the news media.


In addition to leaving 9,800 dead and 17,500 missing, March 11's massive earthquake and tsunami has left numerous stray and stranded animals throughout the disaster zone. 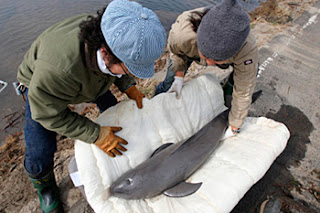 A baby porpoise was rescued recently and hailed as a miracle amidst so much devastation.


Yet the repercussions continue, as workers at the Fukushima nuclear power plant believe they are going to die trying to save their country and other parts of the world from this insidious threat. 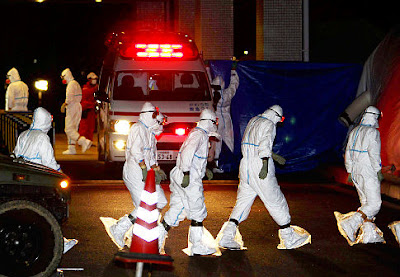 The technicians, soldiers and firemen have been repeatedly exposed to dangerously high radioactive levels.


"My son and his colleagues have discussed it at length and they have committed themselves to die if necessary to save the nation," said a mother of one of the men. "He told me they have accepted they will all probably die from radiation sickness in the short term or cancer in the long-term." 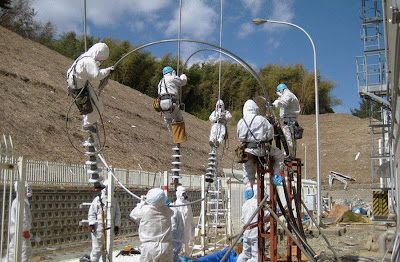 The group of about 300 workers have been battling to cool dangerously overheating reactors by working in shifts of 50 after the plant's cooling system was knocked out during the March 11 tsunami. Hailed as local heroes, these technicians, soldiers and firemen are known as The Fukushima 50 or the "Atomic Samurai," a name the Japanese have given them.
"They have concluded between themselves that it is inevitable some of them may die within weeks or months," the mother said. "They know it is impossible for them not to have been exposed to lethal doses of radiation."
Radiation has been leaking from the complex, contaminating food produced in surrounding farmland and seeping into groundwater beneath the site.
Radioactive iodine was found in nearby seawater that is 4,385 times the legal limit. An abnormal level of radioactive cesium has also been found in beef from the area. 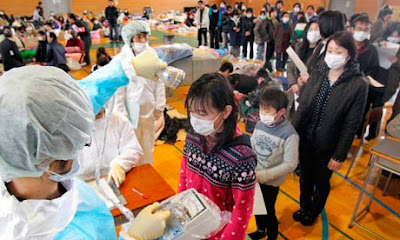 Although there likely will be an extended food ban on farming and harvesting within a 30 kilometre area surrounding the reactors, experts say there is the option of applying remedial measures.
Cesium 137 is one of the radioactive compounds found in the soil. With a relatively short half-life of 30 years, chemical compounds like Prussian blue can help. Prussian blue binds to cesium preventing it from being taken up during the digestion in animals like cows, goats and sheep. This method is still used in Norway today to counter the effects of the radiation fallout from Chernobyl. 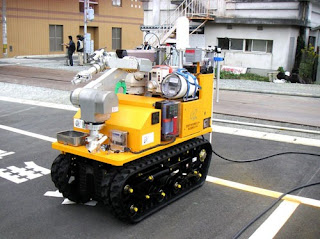 A squad of U.S. 'radiation-resistant' robots was dispatched to help the stricken nuclear power plant.


Controlled from afar by human handlers - these robots will be used primarily to take pictures and measure radiation levels in places where they wouldn't send a person.


With France being the most nuclear-dependant nation in the world, President Nicolas Sarkozy has proposed a global conference that would create new nuclear rules so this type of accident wouldn't happen again.


To show his support, Sarkozy flew to Tokyo - the first visit by a foreign leader since the earthquake hit. Prime Minister Nato Kan thanked him for coming citing the Japanese proverb, "A friend who comes on a rainy day is your true friend."


May we all be "rainy day" friends, whatever our circumstances! 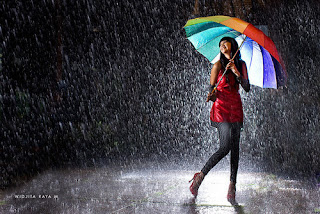