Breast Cancer Is NOT a Pink Ribbon


Shortly after I had sent out the story about my surgery, one of my niece’s wrote, “Wow! Craziness. You, a cancer-fighting rock star!”

It was a huge compliment and I took it that way. But the reality is, I don’t want to be a cancer-fighting rock star. I don’t want to be a poster girl for breast cancer. I don’t want to have it, live with it, fight it or sometimes even write about it. It's just too hard. And there are many people, who are much more eloquent than I, that are waging tougher battles against this killing machine.

I feel like I have a mild case of the flu compared to their life-and-death struggles. But even a mild flu can turn into deadly pneumonia and my particular brand of 'flu' has yet to show the length of its fangs. 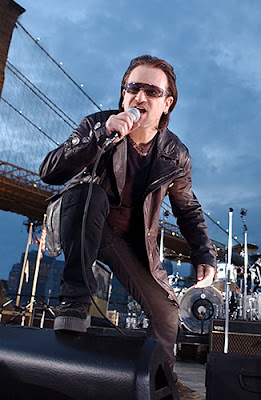 I’m not Bono! (I wish I were, but I’m not.) It’s not up to me to write anthems for people to rally around. There’s this very pretty pink ribbon out there already. It’s clean, it’s pristine, it’s safe. There are no eight-inch scars stitched across this ribbon, ripping it in half. There is no blood dripping off of the ends, forming pools on the ground. Millions are rallying around this symbol and that’s fine by me...
Except that it’s not!

Breast Cancer is NOT a pink ribbon!

Cancer is having your breasts cut off – a jagged surgical scar forever separating sections of your chest.

Cancer is clumps of hair falling off your head - every time you shower and every time you delicately brush that beautiful, thick stuff you hardly remember existed.

Cancer is having your internal organs so hacked up there is very little left for you to live on.

Cancer is setting off Geiger counters at border stations and throwing up from all the destructive chemicals injected into your fragile body.

Cancer is a silent killer stalking each and every life-giving organ, through lymph and blood.


Cancer can feel like a curse. But it is also a great gift! 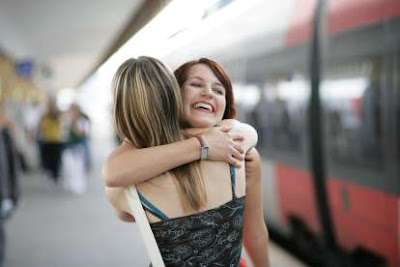 Cancer is also other people’s arms, holding you up, hugging you close even when it hurts.

Cancer is family and friends (and some people you hardly know) sending you cards, notes, flowers, emails, handmade gifts, books, food, anything they can just to encourage you.

Cancer is someone saying they love you when you feel most unlovable.

Cancer is your husband doing the dishes without complaining, frustration furrowing his brow as he watches you struggle with debilitating pain.

Cancer is friends travelling long distances just to be with you.

Cancer is a million prayers to Our Creator, asking Him to put right this wrong.
Cancer is knowing He will work it all out for good in the end. 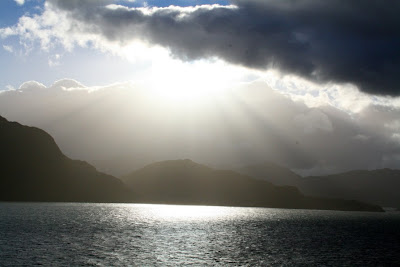 Cancer is feeling His presence so close, His light shining in the depths of a suffocating darkness no other light can penetrate.

Cancer is trusting, despite the unknown.

Cancer is telling God He can do anything to you, anything at all to your body, if it is ultimately helpful to even one other soul. 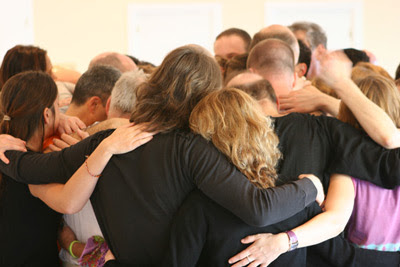 Cancer is the strength of those who love you - giving you the courage to face surgery, chemicals, and a forever changed life – things you could never face in your own strength.

Cancer is a heart of gratitude for all of these people and all of the undeserved love that overwhelms you each and every day.

Cancer is a battle you can’t possibly win on your own. 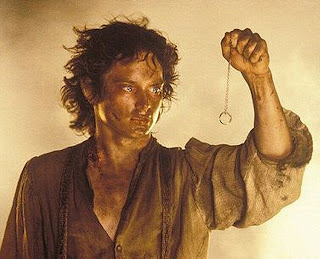 Cancer is like being a ring-bearer - the bearer of The One Ring - a millstone around your neck; sapping your energy, driving you mad. You know the only way to rid yourself of it is to destroy it. The trip, then, is to Mordor, to throw this Ring into the fires of Mt. Doom. 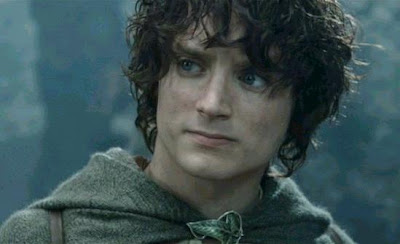 Frodo: I can’t do this Sam.

Sam: I know. It’s all wrong. By rights we shouldn’t even be here. But we are. It’s like in the great stories, Mr. Frodo. The ones that really mattered. Full of darkness and danger, they were. And sometimes you didn’t want to know the end. Because how could the end be happy? How could the world go back to the way it was when so much bad had happened? But in the end, it’s only a passing thing, this shadow. Even darkness must pass. A new day will come. And when the sun shines it will shine out all the clearer. Those were the stories that stayed with you. They meant something, even if you were too small to understand why.
But I think, Mr. Frodo, I do understand. I know now. Folk in those stories had lots of chances of turning back, only they didn’t. They kept going because they were holding on to something.

Frodo: What are we holding on to, Sam?

Sam: That there’s some good in this world, Mr. Frodo...and that it’s worth fighting for.