Of Mice And Moving

(with apologies to John Steinbeck)

My name is Doris and it's been over three months since my last blog.
Three months? Unbelievable! I NEVER thought THAT would happen. But in the midst of a summer-long move, the packing material we stuffed in hundreds of boxes got crammed into my brain as well. I'm still in the process of forcibly extricating it.

What words come to mind when you think of moving? My SUPER thesaurus uses synonyms like, "advancing, ascending, transporting, rousing, stimulating..." It sounds so effortless, so energizing, something any couple would want to do on a regular basis...

After the more-than-two-month ordeal was over, I had a different set of words that described our move - "exasperating, back-breaking, pathological, exhausting, debilitating, relentless and interminable." 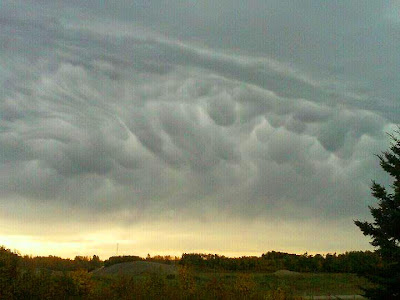 My husband Peter and I were naive. We hadn't sorted or packed our accumulated 'wealth' for 18 years. During that time, three of our parents died and we inherited many of their photos, letters, books and furniture. We began the process with enthusiasm, by sorting and reading and letting go of little things. Then at the end...well, the end wasn't pretty, but we made it out alive. And I NEVER WANT TO MOVE AGAIN! Ah...that made me feel much better.

This house, in the midst of 40 acres of wooded land, is the closest place to paradise this side of Hawaii. Sunrises burst through our patio doors each morning and sunsets blush their way from pink to purple outside our library windows. Deer come out of the bush to wander the trails at twilight while the eerie cries of wild coyotes evoke a ghostly presence deep in the woods.

On the well-worn path to the willow grove, split-wedge deer tracks cut through the thin crust of snow. Under the willows they press the tall grass into swirls on the ground - their sleep sanctuary for the night. Beavers amble down our driveway to Waskasoo Creek, trying to make it home for a late supper. Millions of stars fire up the night while our celestial flashlight, the moon, guides our steps on midnight walks. 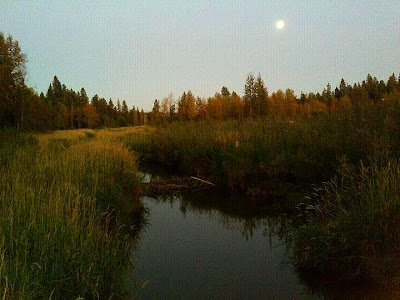 I can't imagine going back to city life after a taste of this.

When we finally got everything moved in and started setting up our guest room, we found out we already had house guests. Mice! And lots of them, if the presence of their poo was anything to go by. I found those pesky little black droppings in the basement rooms, up the stairs, in the kitchen, on the counter-tops, in the shelves and even on top of our spices. There were mouse-size bites in our dried soup mixes and our bullion cubes.

Did you know that the pee of a male mouse contains 3-cyclohexene-1-methanol, Aminotriazole, 4-ethyl phenol, 3-ethyl-2, 7-dimethyl octane and 1-iodoundecane? It could probably fuel our car! These alkanes and alcohols are what makes their pee so pungent. But a female mouse is a creature to be reckoned with as well. She can give birth to a litter of up to 14 young every month... Just do the math. 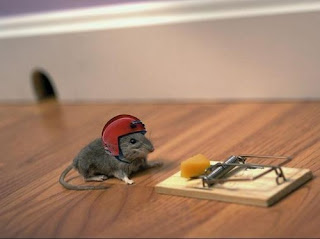 I was armed with two old-fashioned traps (the same type my parents used on the mice we had in my childhood home). I baited them with THE food a house mouse can not resist... But for our mice I decided to provide nothing but the best - ORGANIC peanut butter. I wanted their last supper to be the finest meal they ever had. The traps started snapping and I started counting. We're at 13 now and there are no mice left but we called in the cavalry to help...actually the 'cat-alry.' 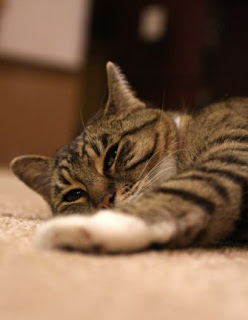 Her name is Sara, she's 11-years-old, she was our nephew's first cat and she is a magnificent mouser. She immediately adopted us and our home. Three days after Sara declared the house and 40-acres HER property, she brought me the first mouse. She now regularly patrols our yard - walking along the wooden fence, dipping her head often to search for any threat to our home. She has become very interested in the voles.

This is the latest word I have added to my new 'country' vocabulary. With 153 species of this burrowing rodent I can't believe I never heard of them before. Voles do an excellent job of aerating our soil, the only problem is we are going to have a garden. A MASSIVE garden. Peter's sister and brother-in-law, who own the house and 40 acres, want to work with us in planting, growing and harvesting our own choice of crops. I'm like one of Pavlov's dogs, salivating just thinking about it.
But these troublesome voles will eat all the roots before the plants even get started. So now the vole trapping is happening in earnest. We have caught two so far and since prairie voles have a great deal of sexual fidelity and remain monogamous, I have high hopes they will be gone by spring. 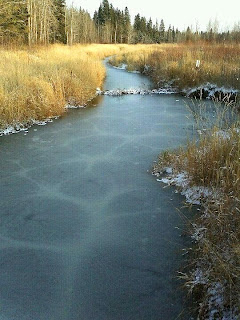 Now we are set to enjoy our first winter in these woods. Hopefully we will be able to cross-country ski on some of the paths, sled down the hills and skate or snowshoe Waskasoo Creek.

What's your preference - city or country?